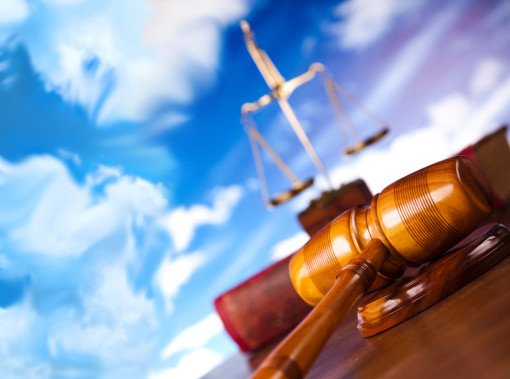 I got my start as an expert witness in air quality by assisting my then boss with his cases. Initially it was reviewing specific parts of a brief, checking calculations, investigating alternative methods, searching through literature and carrying folders to meetings. Later, I would shadow him on meetings, take notes and occasionally fill in when he was unavailable. Meanwhile, I was developing and honing my skills completing air quality assessment studies for our other clients.

My first case came along when I was working for a regulatory authority. On face value it seemed like a classic case of industrial pollution, but in the end I couldn’t demonstrate that pollution had occurred to my own satisfaction. That was the end of the matter for me. On the one hand it was a disappointment, on the other, you do not want to be giving evidence in court if you are not sure of yourself – you will be eaten alive.

I’ve spoken to other experts whose first experiences in court were nightmares. Some have never gone back. Others took a break for ten years. A bad experience can be devastating to your professional confidence so you need to be sure of the technical facts and the limitations of your discipline and yourself. On the positive side, expert witness work is very rewarding and after 36 matters in Queensland and New South Wales land and planning court jurisdictions I would say that it is worth the stress and worry… mostly.

A key step in the proceedings of most cases with which I am involved is the Joint Experts Meeting (JEM) – once known as the expert’s conclave. The aim of the JEM is to narrow the issues in dispute. The need for a JEM arises out of a Directions Order issued by the court that states that the experts in corresponding fields are to meet and, following their meeting, prepare a joint statement that identifies:

Once the JEM process has begun, the experts are not allowed to speak to the lawyers or any other party associated with the matter until a signed joint statement is produced.

The joint statement of experts is a very important document. It needs to be clearly written to accurately reflect your views and the views of the other experts. The consequences of a poorly written joint statement are misunderstanding, wasted time and embarrassment for the authors. So firstly, you need to be clear in your views and you need to clearly understand the views of the other experts. Here’s where you effective listening skills come in. Ask questions, take notes and explore the views of the other experts. Ensure that all experts are on the same page. If you notice in discussion that someone appears to be missing the point, or on a different track, broach the issue directly. It doesn’t help the court if issues are not fully ventilated.

“Much unhappiness has come into the world because of bewilderment and things left unsaid.”

Remember that effective communication is key and that applies not just in the witness box but in all areas of work, so make it your priority.

Share on Social Media
← Where it’s at: AAQ NEPMNavigating the Brisbane City Plan 2014 from an air quality perspective →