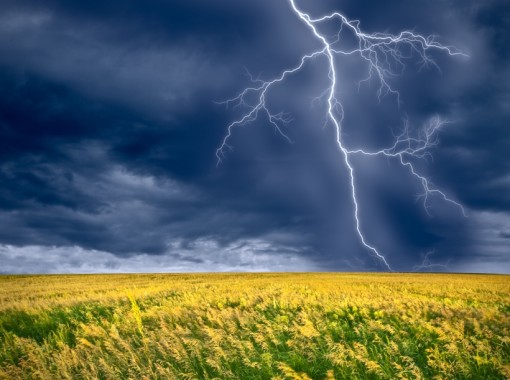 The process of planning a water storage facility requires that several issues be addressed. Typically, this will require the design to account for the specific conditions at the chosen site. Issues to consider include the rainfall statistics for the catchment; the geography, geology and topography of the area where the dam is planned; any impacts that the proposed facility will have on the existing flora and fauna; and finally, should the facility fail – any impacts that this will have on the environment and any communities downstream.

This article focuses on the use of rainfall statistics to design water storage facilities in the Queensland context. Background information is provided on the relevant methods and criteria for assessment. An example of the statistical rainfall analyses is provided for Mt. Larcom, a locality about 30 km west of Gladstone.

The Department of Environment and Heritage Protection’s (EHP) Manual for Assessing Hazard Consequence and Hydraulic Performance of Structures (version 4, EHP, 2013 https://www.ehp.qld.gov.au/land/mining/guidelines.html) “the Manual” sets out the requirements of the administering authority, for consequence category assessment and certification of the design of ‘regulated structures’, constructed as part of environmentally relevant activities (ERAs) under the Environmental Protection Act 1994 (EP Act).

The term regulated structures includes land-based containment structures, levees, bunds and voids, but not a tank or container designed and constructed to an Australian Standard that deals with strength and structural integrity.

The Manual is a comprehensive document, but for the purposes of this article, only the salient points will be discussed. These include the dam category and statistics (and methods of calculating these) for specific rainfall events in the dam’s catchment.

As far as dam management requirements go, the dam should have sufficient capacity at the start of the wet season (1 November) to accommodate a specific critical wet period. This is called the Design Storage Allowance (DSA). Also, the dam should, at all times, ensure that a three day storm event would not cause a failure. This is known as Extreme Storm Storage (ESS).

Each dam should be designed so that at the start of the wet season there is sufficient capacity to accommodate two types of severe weather (i.e. rain) events. These are a short (72 hour or 3 day) duration storm event and a long period (60 to 120 day) wet season event – designated as the “critical wet period”.

Dams fall into one of three categories and each category has its own set of guidelines for accommodating the rainfall characteristics of the catchment.

The parts of the Manual that are relevant to this article concern the design of the dam such that it can safely withstand rain events described above. The document also presents a scheme for classifying the type of dam according to the amount of damage to society and the environment downstream that would result should the dam fail in any way.

Below is a brief summary of only some of the criteria pertaining to the High Consequence dams:

Two dam failure scenarios are described in the Manual. These are the “overtopping scenario” and the “dam break scenario”. The overtopping scenario occurs when water flows over the dam wall. In this situation, either the DSA or ESS requirements (or both) were not met. The dam break scenario does not, as the name suggests, imply that the dam has broken, but that water is flowing over the spillway. The criteria for the various dam categories for overtopping are as follows:

Further information regarding dam categories and associated criteria and rain event guidelines can be found in the Manual.

One recommended method described in the Manual is the Method of Deciles to determine the return period when using rainfall data from the Bureau of Meteorology. The return period is the expected interval between occurrence of rainfall events of a given intensity, thus the 1 in 20 year storm has a return period of 20 years. Some points to note if using this method are:

The Bureau of Meteorology Method of Deciles is a simple process for ranking events such as annual rainfall into categories as follows:

From the above table we see that four deciles (40%) of the values are classified as “average”.

In this example the rainfall analyses for Mt. Larcom, a locality about 30 km west of Gladstone, are carried out. Rainfall data for Mt. Larcom are available on the Bureau of Meteorology web site and consist of daily rainfall records since 1912 – about 104 years of data.

Next, a graph of the return period (the reciprocal of the value determined using the position plotting formula) for each rainfall event is constructed. The 90 day critical wet period graph for Mt. Larcom is shown below. From this graph it is a relatively simple process to obtain the required rainfall intensity corresponding to a 20 year return period – in this instance 1145 mm. Thus this dam would be designed to a specification that accommodated a rainfall event of 1145 mm (or greater) in the catchment without failure.

Similar analyses would be carried out for the 120 day and three day storm statistics.

This article presents an overview of the rainfall analyses that would be undertaken when designing water storage facilities. Areas that were covered were characteristics of dams and the relationship to the rainfall characteristics of the catchment. The Method of Deciles for rainfall analysis was discussed and illustrated with an example. This process consists of the application of rather basic statistical analyses. Other methods exist, however, for example modelling rainfall. These are beyond the scope of this article and are not presented here, suffice to say that the method chosen must be rigorously validated and justified. Due to space restrictions, some of the more detailed statistical issues are not expanded.

A number of aspects of dam design, for example soil porosity and conductivity, systems consisting of multiple storages, are outside the scope of this article. Interested readers are referred to the Manual for further information.