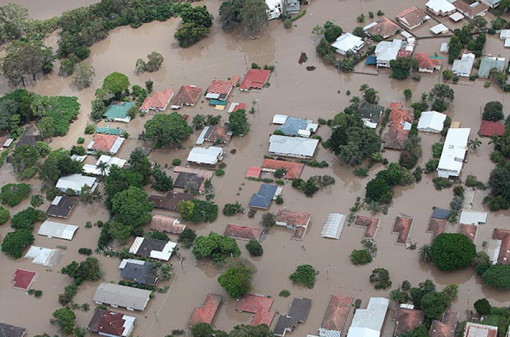 “When we reviewed 16 EISs and 12 local government adaptation plans, we found that 62% and 58% respectively did not even mention regional climate drivers.”

Scott’s research (with help from Adam and Andrew) found instances where risk assessments – guided only by projections of long term changes to average climatic conditions – offered risk mitigation for drought only and not intensive rainfall associated with cool/wet La Niñas.

“One key improvement to risk assessment in Katestone’s approach is investigating site-specific climate influences like ENSO with historical observations to feed into the ‘likelihood’ factor in the risk equation,” Scott said.

“As a bonus, in some cases we find it more productive to talk to clients about past variability than future model projections, while still improving resilience,” Scott said.

NCCARF was attended by 540 researchers, practitioners and government representatives from Australia and overseas who represented Australia’s world-leading knowledge about climate adaptation.