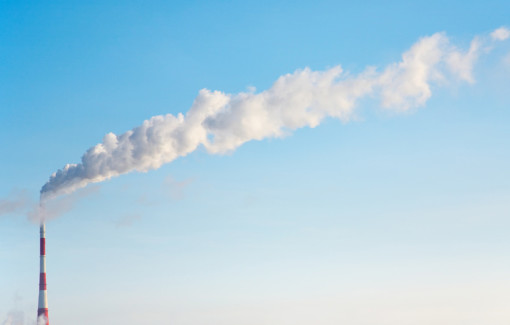 The recent release of the 2012/13 NPI emissions and transfer data by the Department of Environment is the 15th annual dataset published by the program. For anyone who’s life doesn’t revolve around pollution and publicly available data sets, here’s a quick overview of the NPI, the last 15 years of data and a look at some of what the new dataset can tell us.

The NPI is the National Pollutant Inventory, which according to the website,

provides the community, industry and government with free information about substance emissions in Australia. It has emission estimates for 93 toxic substances and the source and location of these emissions.

The NPI dataset for 2012/13 includes over 4,300 facilities.  The NPI website is also an important source of information on emission estimation techniques and control technologies and is one of Katestone’s go-to resources when investigating the emissions of a local area or industry.

The number of reporting facilities grew rapidly during the first few years of the NPI (see figure) as facilities became aware of their obligations under the program. This growth has slowed in recent years, indicating that the coverage of the NPI is reaching 100% of facilities that are obligated to report. (Katestone can provide advice on whether your facility is likely to fall into this category) 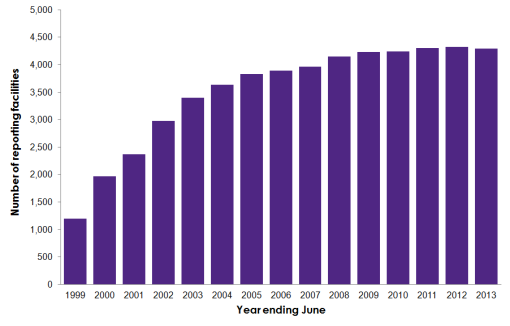 What about the trends in pollutants? 93 toxic substances is too many to go through individually, so lets look at the most emitted pollutants. Just over 1.2 million tonnes of sulfur dioxide was emitted in 2012/13, giving it the dubious honour of the most emitted air pollutant for the last three years running. The top ten is reasonably stable, although PM10 is on the rise, beating out carbon monoxide for third place in 2012 and replacing oxides of nitrogen in second place in 2013.

However, the total mass emitted per year doesn’t tell the whole story. The effect that these emissions have is related to their toxicity, as well as the way they are emitted, the proximity of people and local meteorology (dispersion modelling might help telling that story).

What about the most commonly reported pollutants? Over the past three years, the ten pollutants (emitted to air) reported by the most facilities were largely unchanged. Mercury crept into the 10th spot from 11th in 2011/12 thanks to 90 less facilities reporting emissions of ammonia during 2012/13.

Top 10 pollutants reported by the most facilities (emissions to air), 2012/13

National Pollutant Inventory data is courtesy of the Australian Government and is available from www.npi.gov.au.

In the interests of full disclosure, Katestone not only looks at the NPI data but also contributes emissions data. For companies that report on a financial year basis, your report is due by 30 September 2014.  If you need advice or assistance compiling NPI emissions, contact us.

Share on Social Media
← I’ve got a good feeling about 2014!Examining safety risk management at the NSWMC H&S Conference 2014 →