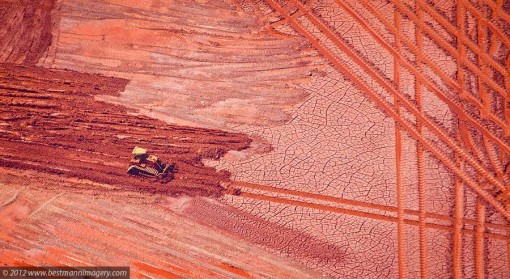 Rio Tinto Alcan wanted to increase the capacity of its Yarwun refinery from 1.4 to 3.4 million tonnes within the already constrained Gladstone airshed. Among the challenges for air quality assessment were: changing design options, cumulative impacts and varying sulfur content in fuel.

Katestone applied sophisticated dispersion modelling to discern the cumulative impact of the expansion alongside other significant sources in the region.

Instead of relying on ‘worst case’ coal sulphur content, we created a probability distribution of sulfur. Then, using the ‘Monte Carlo’ simulation technique, we selected sulfur content and meteorological conditions. This yielded a more realistic yet still conservative assessment.

Our report showed how desulfurisation would limit the increase in sulfur dioxide to only ten percent, despite production more than doubling. It also described the emissions benefit of the 160 megawatt gas turbine cogeneration plant.

Now in operation, the plant reduces ‘covered emissions’ under the carbon pricing mechanism.

As part of the development approval a real time incident reporting tool is required at the site. Katestone are currently working with RTA to develop and implement a system to meet the EHP requirement.