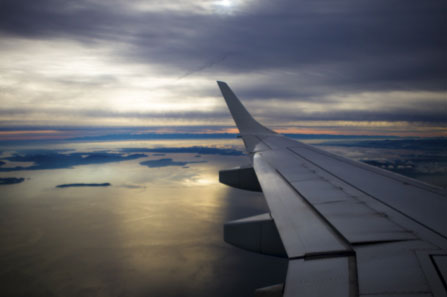 Calpine intended to develop the Russell City Energy Center’s (RCEC) gas turbine power station development near an airfield where it was necessary to address the potential impact of the vertical updrafts generated by the turbine plumes on aircraft safety.

Since Katestone had been involved in investigating vertical plume velocities (or updrafts) generated by exhaust stacks since the 1990s, and had worked closely with the Civil Aviation Safety Authority of Australia (CASA) on a new assessment protocol, Calpine sought out Katestone’s expert advice.

The California Energy Commission (CEC) regulates power station developments in the state. The approvals process includes a public hearing where experts attend to respond to questions from the Commission and the public. Katestone Director, Christine Killip, travelled to California to represent Calpine.

Katestone applied the CASA Guidelines for plume rise assessments and the CEC accepted the methodology.

Calpine succeeded in its development application and the plant proceeded to construction.