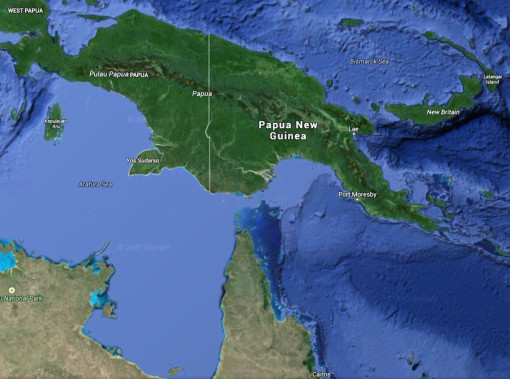 Though based in Australia, Katestone’s experience and expertise extends beyond Australian shores to all corners of the globe including our northern neighbour Papua New Guinea.

PNG has access to phenomenal natural resources including significant reserves of both gold and natural gas. Environmental approvals are part and parcel of the rapid phase of development currently underway in PNG.

Here is a snap shot of some of our recent involvement in PNG based projects.

Kula Gold proposed to develop 9 year, 1.8 Mtpa gold mine on Woodlark Island. Katestone provided the air quality and greenhouse assessment for the project that received its final environmental approval in early 2014. The project was the first new greenfield mining project to achieve environmental approval in almost a decade. Given the limited development that has occurred in the vicinity of the project site, availability of data on ambient air quality and weather was scarce. As a result the project required the development of a complex emissions inventory for several modelling scenarios and meteorological modelling using a suitable model for tropical environment (such as WRF). Katestone demonstrated that the air quality standards would be met and recommended strategies for reducing dust emissions from haul roads. The project also required a greenhouse gas assessment that included emissions from deforestation and identification of opportunities for mitigation. This included a detailed review of regional, national and international obligations and agreements in the PNG context.

The Simberi Gold Company (SGC) needed Papua New Guinea (PNG) Government approval to make operational changes to enable expansion of the open cut gold mine and processing facility on Simberi Island. The changes included the introduction of an 11 MW Heavy Fuel Oil (HFO) power station and an incinerator. Katestone completed a detailed air quality impact assessment of the power station as well as calculation of changes in greenhouse gas emissions. The carbon impact was described in the context of PNGs non-Annex I status under the Kyoto Protocol.

Katestone completed an assessment of potential health and explosive impacts of an emergency gas release in a rugged and isolated area of the Southern Highlands Province of PNG.