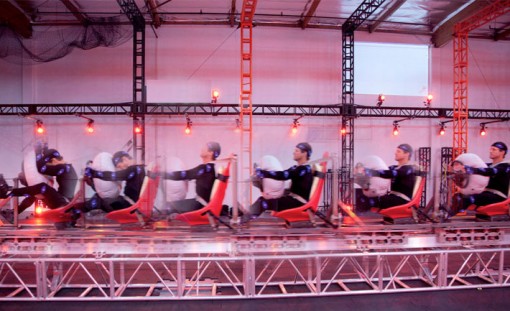 With the slightest reluctance, I have started reading Earth in the Balance by Al Gore, republished in 2006 after the original 1992 publication. My reluctance was only that it is hard enough to find the time to keep up to date, let alone reading overview books by non-scientists written over 20 years ago.

But I’m enjoying it. I remember the times in the early 1990s as a young professional – the last recession, the first Iraq War and the George Bush Senior Presidency. It would still be more than fifteen years from then before climate change became daily front page news.

Frankly I’m impressed that Gore took the time to write it and commit to it. Although the science of sustainability has progressed, the communication challenges remain. I enjoyed the following analogy that Gore has employed – he essentially contrasts geologic time with human perceptions of time on a generational scale.

‘Sometimes a television commercial will use slow-motion films of an automobile crashing into a brick wall at high speed. The suddenness of the collision in real time makes it seem like a single immediate transformation of the car into a twisted mass of metal. But in slow motion we see a process of change in which the various parts of the car slowly crumple, one by one, colliding in seemingly logical and predictable ways with each other and with the occupants inside…

‘What is now occurring in the global environment can be seen in similar terms. Our ecological system is crumpling as it suffers a powerful collision with the hard surfaces of a civilization speeding toward it out of control. The damage is remarkably sudden and extensive in the context of the long period of stability in the environment before the damage, but we see the destruction in slow motion. When the Aral Sea dries up and its fish all die, for example, it is as if this fragile ecosystem is gradually being crumpled by the force of civilization crashing into it… And when an overpopulated nation overgrazes its pastureland, causing a collapse in its ability to provide food the following year, it is as if the force of its collision with nature has pushed it abruptly backward in a crushing blow, like a dashboard striking the forehead of a child.’

Share on Social Media
← New year in infrastructure sustainabilitySeminar: Mining Sustainable Development – what have we come to? →