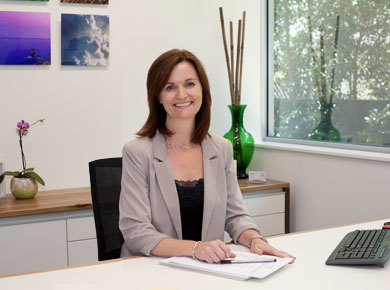 Katestone has been in business for 25 years – a major milestone! You may be wondering, “Is Christine really that old?(!) or was she really young when she started the business?” Truth is, I was tackling my HSC at high school when Katestone’s founders, Dr Peter Best and Karen Lunney, saw an opportunity in air quality consulting and started ‘Katestone Scientific‘ in 1989. 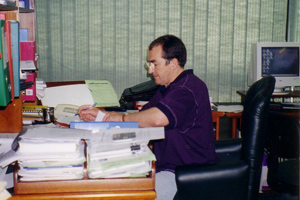 So what did Katestone look like back then? The office started in a flat in Paddington. There were definitely no mobile phones. No internet. No Google or Google Earth. There were faxes with text that disappeared after a few years. Computers used floppy disks and tapes. Peter didn’t even have a computer on his desk! Figures for the reports were printed out on the dot matrix printer and then cut and pasted into reports, and I mean scissors and sticky tape! There was no such thing as PDFs and reports were always sent out printed and bound.

And what about the air dispersion models?

Turner’s workbook had been around since the 70s but computer dispersion models were only just starting to be used as a tool for impact assessment. Ausplume was released by the VIC EPA in the late 80’s and Katestone was also playing in the dispersion model development space with various models to deal with near field impact to regional airshed assessments.

Air quality was starting to get noticed nationally and in 1992 the National Environment Protection Council was founded, but the first NEPM for Ambient Air was not made until six years later in 1998. Australia’s first State of the Environment report was released in 1996.

In the late nineties, things changed rapidly with a major shift from hot spot monitoring to regional air pollution and management.

The air quality guidelines used in assessments in QLD were pulled together from various sources as EPP Air wasn’t made until 1997. Most assessments used the NH&MRC standards, which interestingly included a 10 minute average guideline for sulphur dioxide, lots of guidelines for fluoride, and the particulate guideline was an annual average for TSP (no mention of PM10 or PM2.5 back then!).

Some of the more interesting jobs we did in these early days include:

• looking at glacier retreat in Irian Jaya for PT Freeport Mine
• air quality assessment for the second Sydney Airport (still being talked about!)
• regional airshed studies in Brisbane and Adelaide
• odour regulation for NSW EPA with the Peak to Mean ratio report; and
• countless power stations, refineries and the odd child care centre thrown into the mix

Our relationship with air quality and industrial development in Gladstone also started with the Gladstone Industrial Lands Study. 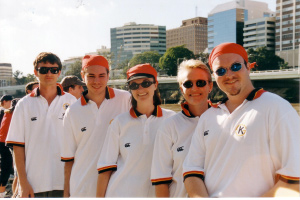 Simon and I both joined Katestone in 1997. It was a bit like joining a big family. We even got up early for corporate rowing.

The area of air quality impact assessment was rapidly expanding and the use of computers and the internet were just starting to take effect. I think we had done away with the sticky pasted pictures in reports by this stage (but only just).

During the late 1990s we developed heaps of inhouse tools to make life easier and started implementing systems to better keep track of time on projects. My few years of training at Dames and Moore were starting to pay off and we weren’t forgetting to invoice clients anymore!

We also launched our first website (thanks to my Dad). They always say you should never hire family and now I know why. When our website needs outgrew Dad’s ability (only about 3 years ago) I had the task of sacking my own father… ‘though he took it well and was actually proud that we had outgrown him! 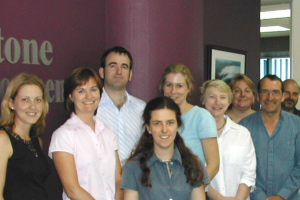 In 2001 Katestone Environmental was formed to separate the consulting arm of the business. After a short stint running a Katestone office in Adelaide I returned to become a Director and part owner of the company. Thus began massive changes for the business and what I like to refer as the “changing of the guard”.   Peter and Karen were busy developing other areas of the business at this time. They were working on new and innovative ways to help the electricity industry forecast load demand. They developed tools with names like KAT, BAT, FractalMonty and SmogDog.

In 2002 we had a small team of air quality consultants and our first dedicated ‘run computer’ – called ‘Wizz Kid’. A Pentium III 1 GHz machine that cost $7,000! It used to take 3 days to run one month of the new age models like TAPM. As a comparison we can now run about 500 months (or 40 years) in the same time!! But back then we were very careful to be sure everything was perfect before pressing the ‘go’ button – you really didn’t have time for re-runs!

2002 also signified the start of rapid 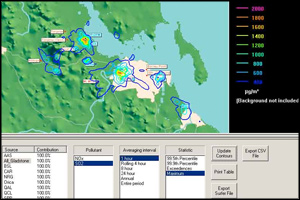 growth with the mining boom developing and lots of industry looking around QLD for a new home. We developed the first version of the Gladstone Airshed Modelling System (GAMS) and developed new techniques for assessment of turbulence generated by power station plumes and the impact on aircraft safety. This work later led me to the United States where much to their surprise – Australians were doing something that no one else in the world had considered!

In 2004 Simon returned after a few years working on the other side of the fence at NSW EPA to become Director and also part owner. One year later, Peter and Karen, Katestone’s founders, retired from the company. 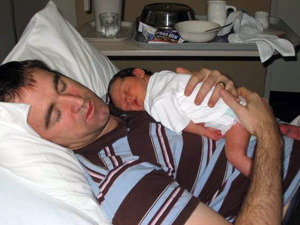 Over the next 5 years we doubled our income and doubled our staff. The ‘mining boom’ was in full swing, as was the ‘gas power station boom’. We were also experiencing our own ‘boom’ in the office – a baby boom! (I remember issuing a health warning to clients regarding our drinking water!) The GFC may have hit but we certainly weren’t feeling it. I could tell how busy we were each year by how many newsletters we managed to get out. In 2008 it was only one!

We also moved office into our beautiful heritage-listed terrace on Coronation Drive next to the Brisbane river. We didn’t calculate how rapid our growth would be however, and within 4 years we were bursting at the seams! 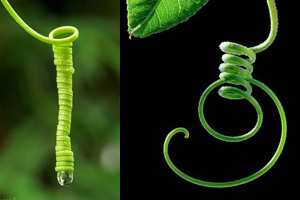 By 2009 we had entered what I call ‘the mobile era’. The use of smart phones and mobile technology was really beginning to take off and change the way we did business. Whatever did we do before Wifi was available at coffee shops?

You can always rely on your children to make you feel old. While out in our neighbourhood with my family we came across a passionfruit vine with little spiral tentacles. I commented on them saying they look like ‘old-style telephone cords’. Our 8 and 5 year old girls asked, “What are telephone cords?” How fast things have changed! Wifi, Bluetooth, Facebook, Twitter and Google are now normal parts of our children’s lives.

For Katestone the mobile era has been particularly exciting. We are developing online products and software that provide more targeted advice, especially in the field of heat stress. We currently provide an online integrated alert system for livestock across Australia to help increase productivity and improve welfare. We can demonstrate our weather forecasting systems to clients across the world. Gone are the days when the only deliverables were bound paper reports!

The one constant however, over the past 25 years of Katestone, is our fantastic team, who are a testimony to our company values and are dedicated to striving to achieve them. The environmental consulting industry has had a tough 12 months and our great team has really pulled together to get us through this challenging time, growing stronger in the process. Thank you to all of the Katestone team – what an amazing group you are!

When you stop to reflect on how much has changed in 25 years, I can only imagine what the next 25 will reveal. As technology rapidly changes the world we live in, you can be assured that our team are adapting to these changes to provide the quality services you’ve come to expect of us, for a healthier, harmonious and more prosperous future for all.